For over 15 years, Dr. Kobza’s favorite thing to do as a dentist is help his patients feel comfortable as he improves their quality of life. He works extremely hard to earn people’s trust at each and every appointment so they can enjoy peace of mind about their dental care. Given the size of Falls City, you likely already know someone who has visited and loves Kobza Dental, and he can’t wait to show you why! Before that, you can learn a little more about him below. 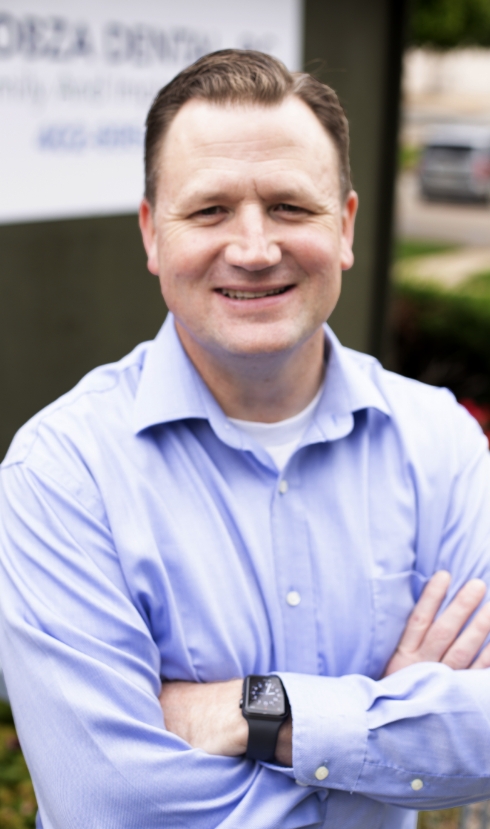 Why Did You Want
to Become a Dentist?

Initially, Dr. Kobza primarily studied Spanish and wanted to become a Spanish teacher. To support himself, he worked part-time selling shoes. His mother-in-law suggested that he look into becoming a podiatrist, but that didn’t seem like the right fit. Luckily for him, he lived just down the street from a dental school, and it piqued his interest. After learning a little more about dentistry and being guided by his mentors, he decided it would be the ideal career for him. 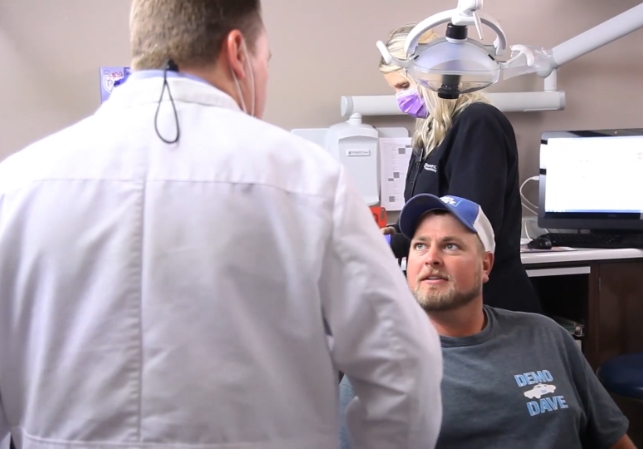 Where Did You
Study Dentistry?

In 2007, Dr. Kobza began his private practice career, serving the needs of patients in Pawnee City, Nebraska. He eventually expanded to include Falls City in 2013, and beginning in 2016, he began practicing solely in Falls City.

Dr. Kobza is a member of the American Dental Association, the Academy of General Dentistry, the Nebraska Dental Association, and the International Congress of Oral Implantologists, which awarded him a Fellowship in 2014 for his work with dental implant placement and restoration.

In 2015, Dr. Kobza received the "Outstanding Young Professional" award from the NDA for his efforts to help change laws within the Affordable Care Act that are specific to dentistry and Medicaid.

Outside of the Dental Office,
What Do You Like to Do?

Dr. Kobza and his wife, Marisa, are the proud parents of five children. When not spending time with his family or their dog, Cisco, he loves being outdoors, whether this involves hunting, fishing, or going on long bike rides. Despite becoming a dentist, he never lost his initial passion for languages, and today, he can speak both Portuguese and Spanish. 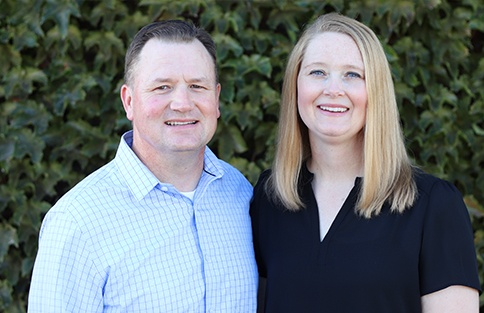 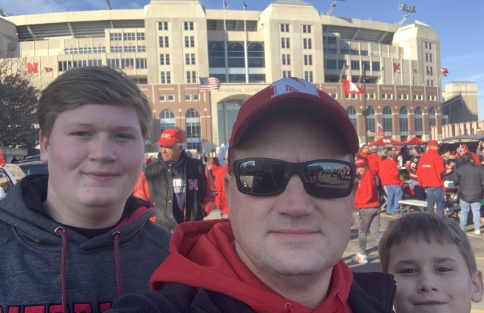 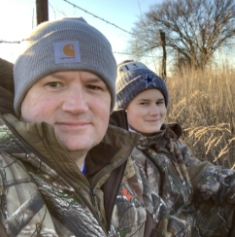 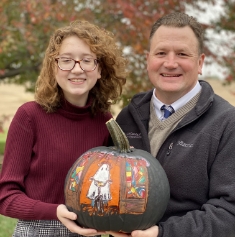 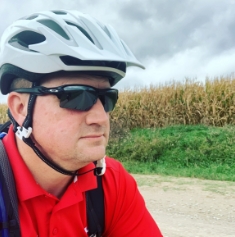 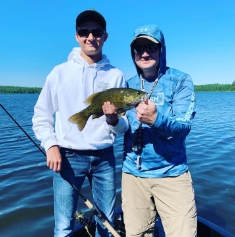